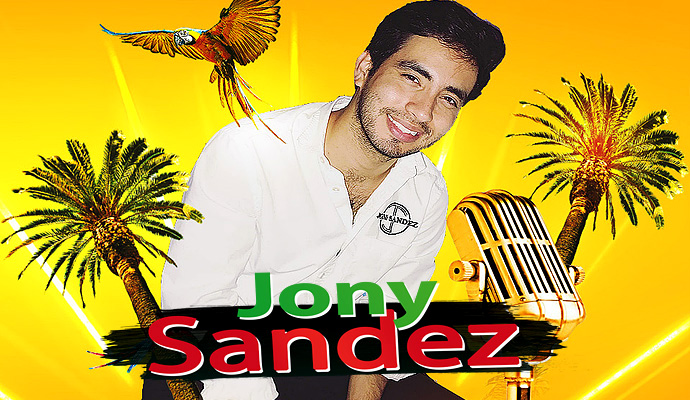 Jony Sandez is a latin singer-songwriter born and raised in Southern California.

What style music do you sing?

I sing Regional Mexican… it’s kind of like Mariachi but there’s a lot of diversity to it. Many different rhythms, styles, and genres. For example you would say that Rock is the main genre but under Rock there’s maybe grunge, heavy metal, or even rock ballads. So yeah that’s what I love about music every variation in the music makes you feel a certain way and that’s what makes it so amazing in my point of view.

So when you do events do you sing with a vocal track?

Well I play with a band in Spanish it’s called a “Grupo Norteño” which basically just includes a drummer, guitarrist, bassist, and accordionist. I sing and play the bass and just kind of jiggle on stage I guess you can say.

How many years have you been singing for?

Too many(laughs)! You know I really love what I’m doing and wouldn’t change it for the world I know it’s super cliche but it took awhile to get where I’m at and I’m very thankful for having a career where it has been literally step by step. So it’s been at least five years. I mean I’ve been in the business(music) since High School which is about ten years now but I’ve been singing for only five years.

The year’s almost over so what are your plans?

Well I’m really looking to record as much as I possibly can. I got my hands on some really amazing studio equipment and people that are guiding me along the process so I’m hoping to release many songs before the year’s is over.

If you could give somebody advice that’s pursuing a career in music what advice would you give?

I’d tell them it’s definitely not easy, you know and if you really think about what you’re getting into most of the time it’s not even fun. For example I’ve had many times where I’ll have my family party going on in the same day but I have a contract in some other place so I end up not going to my own family event!

Kind of sad but true, most of your events are on weekends as a singer, well at least most of mine were. So you got to really think if you’re willing to sacrifice your family feeling resentful towards your career. Important dates in your life that you’re probably going to have to miss because you’re booked somewhere else at that very exact time.

I really believe what matters most at the end of the day is your happiness. You can be in a not so desired job and be happy. I feel like sometimes we judge each other too harshly and as a society are superficial. Your job no matter how small is and seemingly insignificant is important… you’re important… nobody else in the world is like you, so that makes you special!