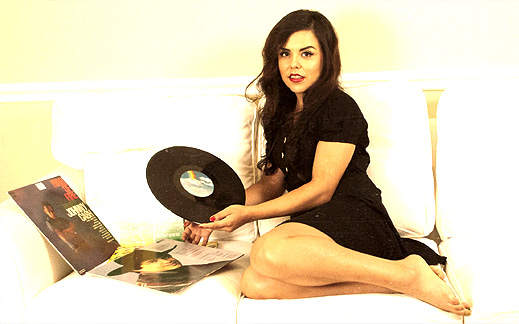 Madelyn Victoria – Voice on the deep south of Texas + Interview!

Texas. Ooh Texas. That’s what I remember! When I hear … Texas!
To your attention… Madelyn Victoria!

Madelyn Victoria grew up in the deep south of Texas, in Harlingen, performing in public for the first time, during a local Christmas Pageant, at age 5.
She continued performing and singing throughout her youth, at local competitions and pageants, earning awards and recognition as one of the area’s top young performers. Her songwriting career began at the age of 13, after becoming the lead vocalist at her church. In 2007, Madelyn competed in the Modeling Association of America International Competition and Convention in New York, where she won the vocal competition, singing Sara Evans’ “Real Fine Place to Start.” That same year, Madelyn auditioned to perform with the Radio Disney Superstars of Dallas, was selected, and opened for pop boy band sensation, The Jonas Brothers. 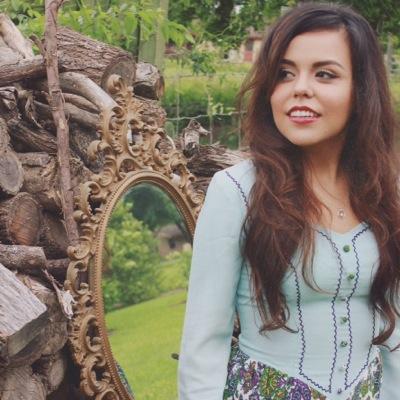 In high school, Madelyn studied both Opera and Mariachi, winning accolades in both categories, all the while honing her guitar skills. In December of 2012, Madelyn performed in Las Vegas (Planet Hollywood and at the NFR Rodeo) as the Shania Twain Sing-Off Contest Winner.

Madelyn has sung the National Anthem at United League games 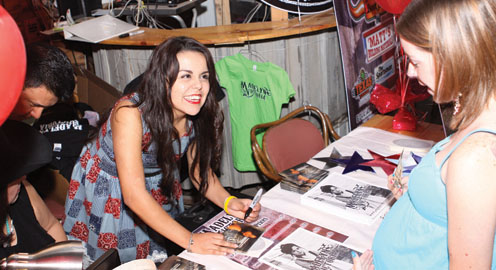 More recently Madelyn Victoria and her band have opened for some of the biggest names in country music, including Easton Corbin, Turnpike Troubadours, Tracy Lawrence, Kevin Fowler, Clay Walker, Josh Thompson, Dustin Lynch, Zac Brown Band, The Charlie Daniels Band, and more. She is a Top 50 CMT.com artist, too! Madelyn also gives back to her community, by volunteering at local Motor Training events for special needs children, singing to the children at hospitals and rehab centers and by starting her own annual event called “Octave Higher Christmas” for children.

Madelyn Victoria’s latest single release with Star 1 Records and MTS, is “He Only Loves Me on the Dancefloor.” It reached #1 on the national country AM/FM chart, New Music Weekly, winning an April 2016 Akademia Award for Best Country Song. The video reached the Yallwire.com Top 5 Most Watched Videos chart, and it was nominated for a 2016 Libera Award in New York City.

My interview with Madelyn Victoria

1. What is the song? (Talk about “He Only Loves Me on the Dance Floor”)

– I wrote “He only loves me on the dance floor” about 5 years ago. My goal overall was to get everyone who hears it to imagine themselves in a county dance hall in Texas, neon lights all around, and two stepping all night. The story of the song is told from the prospective of a girl who may love or just be crushing on a guy in her town and knows he’s gonna be out at the bar. He only wants one thing from her, and she knows she shouldn’t give in but they dance all night anyway. If people can use my song for their own perspective as well then I’ve met another songwriting goal!

2. What is your favorite sport?

– My favorite sport is baseball! My brother played baseball his whole life and we never missed a single game. I can watch baseball every day all day! Some people may think it’s boring but I certainly don’t- every pitch, every swing, every stat intrigues me. Go Rangers! 😉

– I don’t have a favorite type of food because I love it all! Italian, Thai, seafood, Mexican.. Etc! I love it ALL, haha.

– Love is everything I write about. If it’s a break up song, falling in love song, a song about my mom, or a song about being on the road with my band- it all sprouts from the seed of love.

– Well when I first started writing the song I was in a relationship and we loved dancing together. I see it now that it was foreshadowing our ending. He really did only love me on the dance floor. Only loved me on the surface, nothing beyond that. He shall remain nameless though! Haha.