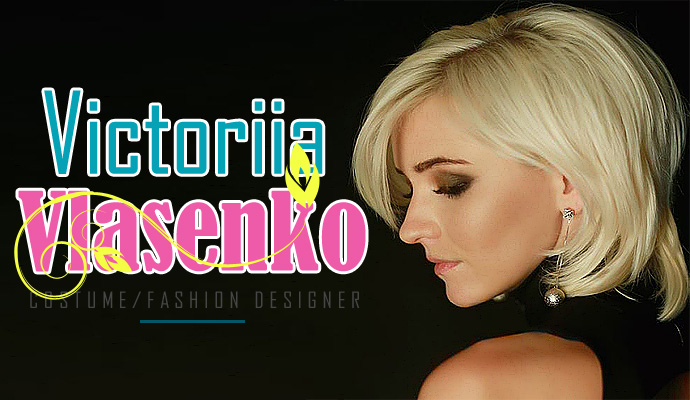 When I was 8 years old, I decided to become a fashion designer and gain rewards for this. / Viktoriia Vlasenko

Where you are from originally?

When and how did you first discover your passion for fashion design?

When I was 8 years old, I decided to become a fashion designer and gain rewards for this.

In your opinion, why is fashion such an important aspect of our lives? What kind of power does it give a person?

Clothing is very important in our lives, since it shows our personality, our mood and it is so different in different periods of our life. Besides, clothing gives an approximate idea of a person’s profession and shows how much creative an individual is. Clothing has also showed a social status of a person in society at all times.

Can you tell me what you mean by you worked in parallel with Swiss Textiles Awards— did you work for them? If so, in what capacity, what were you doing?

I took part in the competition and show of Swiss Textiles Awards, which was telecasted in Milan. Each participant was chosen from the best university students and was assigned a different task. I was given the painter and his work, and I prepared my design by being inspired by this painter (Alice Channer Scarf Border Drawing 2007 Courtesy the artist and the Dicksmith Gallery). I also worked with fabric, which were provided to me for this competition.

As a fashion designer what kind of style/garments/collections do you enjoy designing most?

I feel myself as a costume designer and a fashion designer. As a fashion designer, I own my personal production of clothing (Terrasse brand), where I produce various clothes for sale: jackets, dresses, coats, cardigans… and that’s what ordinary people will wear for every day (casual clothes) and on holidays, weddings… but for those people, who like to be peculiar and stylish in dress and wear garments made of top-quality Italian fabric. Most my clients are confident and successful women, predominantly business ladies. 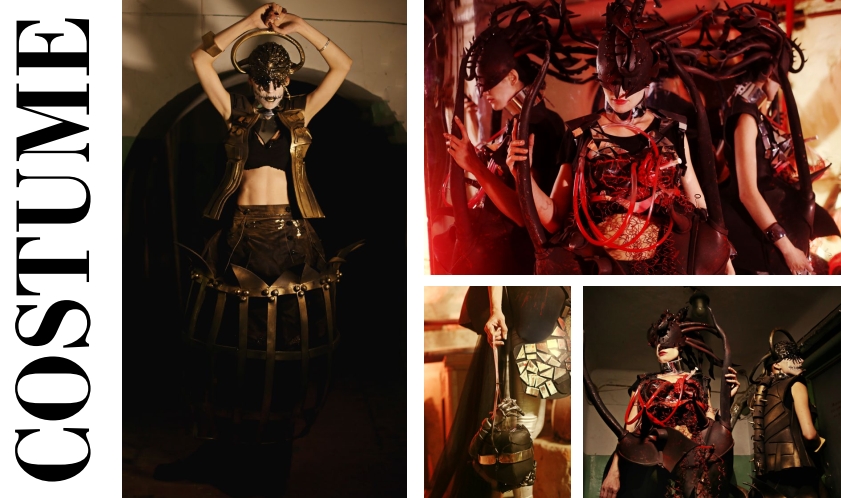 But as a costume designer, I feel myself more being a painter. I can develop and have a flight of imagination. As a costume designer, I can produce very creative and crazy things. I can work not only with fabric, but with metals, plastic, 3D-prints, various incredible materials and paints as well. Although it is difficult, but very interesting. It is interesting to transform actors or signers into different characters/personages, produce fantastic costumes of super-heroes or historical ones from fiction books, which I like to read so much, or produce suits for red carpet or show/performance of celebrities, or video clips.

How have you used fashion as a platform for activism?

I like to develop social projects, in order to draw attention of the society to some problems, but for this I use fashion – make fashion films, hold exhibitions, create collections on serious topics (For instance, my collection on the topic of Explosion in Hiroshima), develop projects and publish my books according to these projects. My future project is a social project (films and photo sessions on this topic). I wish to draw attention to despair of a human with serious diseases. Therefore, locations for shooting will match the topic and the models will have in fact serious diseases. I want to show that beauty can be different.

What issues are you most passionate about? (war in ukraine, etc.)

By my project No War I wished to draw attention of the public in Italy to the war in Ukraine, since the war only began at that time and nobody knew in Europe that the war began and what was in fact happening. For this reason, I produced a brief film, made the collection, wrote the book about it and published it. I was one of the first sources about the war in Ukraine in Milan, and also took part in many demonstrations at that time.

Where do you get your inspiration from for the garments and collections you create?

I get inspiration from nature and its drawings, including the life of various persons and my family, some social projects, books, travels, history…

When did you start Terrasse?

I opened my brand Terrasse and started production of clothing more than 2 years ago. And I currently own 6 stores. And this is not the end… 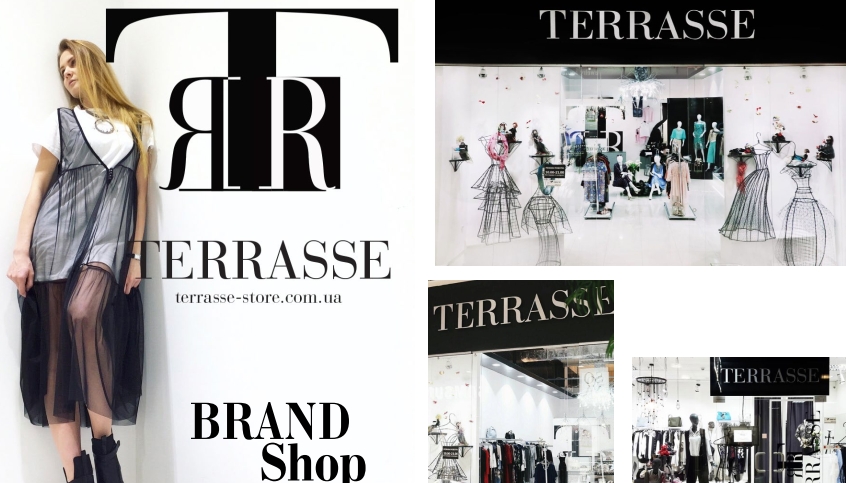 Do you have a partner with you at Terrasse or is it your own business? Seems like alot to handle having 6 stores and to also be working as a costume designer! 🙂

My mother helps me with business, especially when I’m absent. But I spend half of my time for the brand and another half of my time is spent as a costume designer for celebrities, for theatres and films.

How would you describe the clothing Terrasse sells and the customer/person you are designing for?

I produce different things for the brand Terrasse: jackets, dresses, coats, cardigans… and  that’s what ordinary people will wear for every day (casual clothes) and on holidays, weddings… but for those people, who like to be peculiar and stylish in dress and wear garments made of top-quality Italian fabric. Most my clients are confident and successful women, predominantly business ladies.

Work as a Costume Designer

Why do you think costume design is so important to a film– how does it add to the story and the characters?

Now the Unworld film is shooting with my costumes. This is an urban fantasy film with action and comedy elements. This film is about the technologies, which are fighting against the antiquity monsters. The viewer will see that the power of digital technologies is capable to bring down the established order and how the people come together to stand up to this power. This film also is about the simple human feelings that make us happy.

What is it about designing for film and other visual productions that you enjoy most?

Do you have a favorite genre or style of film or theatre production you enjoy working on most?

I enjoy working on music clips, since they often require something unusual from the point of view of costume design. And, my favorite film genres are fiction, historical, fairy-tale. They are the genres/styles, where I can show and prove myself best of all as a costume designer.

Can you tell us about your creative process when it comes to designing the costumes for a film, theatre or visual production? (Once you are hired as the costume designer, how do you start your work)

I read the scenario; then I learn the subject of costume and film epoch. Then I think over the ideas, calculate the production and how much time it will take, then start to draw the design, select fabric and materials. After this – purchase of materials and the costume production itself after agreement of the design with the film director.

In your opinion, what are the most important qualities for a costume designer to have in order to be successful in the field?

It is necessary to like what you do, it is important to be a talented/gifted person and always learn something new, be successful in joining the project, where you can show and prove yourself in full force, in order to gain reward in costumes and leave a personal mark in history.

Shoulder workout? Make a B-shape with this exercise!

What makes SupDropshipping different and What are the problems you were facing when doing Dropshipping?

Shoulder workout? Make a B-shape with this exercise!