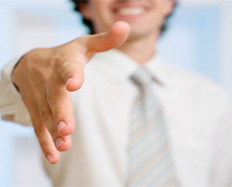 Today I am happy to say that we have an interview with Martin Gergov, four times Bulgarian powerlifting champion! At only 29 years of age Martin has already achieved so much in the powerlifting world so this is a really exciting interview.

How old were you when you started out in fitness?
– Training in fitness started at 14 years ol. But at 12 years old I was doing raise lever and parallel bars at school. I started practicing because I was skinny, about 40 kg in weight.

What made you start out in Powerlifting?

– Powerlifting I started to train in by accident. In a Journal of fitness, which I buy regularly, they published results of the vidyah compete in powerlifting. I could not believe it – I had good results from the first category to 60 kg. So I decided to participate in my first competition.

How did you become a member of the Bulgarian national team?

– Before I attend my first competition I went to the federation in powerlifting in Sofia (I am from the city Ivailovgrad) and told them I wanted to hire a coach. Once they understood what my achievements were they introduced me to the coach of the National Sports Academy. So I started training under his leadership. Performing anything they said my results were incredible. So after a competition, despite being rated second – my federation announced that I was accepted into the National team of Bulgaria in powerlifting.

What years did you become national Bulgarian powerlifting champion?

– I was four times champion of Bulgaria, three silver medalist and bronze medalist five times. Other places I do not remember them. After that I stopped to compete because of funds in Bulgaria, which is devoted to sports are funny! (a Bulgarian saying that means because there are very little funds)

What is your favourite weightlifting exercise?

All basic exercises are my favorites. But I love and am motivated by Squat, Bench Press, Deadlift!

What is your personal best weight lifted?

What is your training schedule?

– When I competed I practice twice a day and three sessions (a week). Each exercise with 8-10 working series (sets) with 1-2 repetitions 3-4 months before the competition and no longer than 4 repetitions in the base (off season) period. My recovery was a little difficult because I had to work at night so I can train during the day.

The Bulgarians are well known for their strength and being champions of different weightlifting sports, what is the Bulgarian secret to success?

– To really work hard. When I was in our national team coaches were Andon Nikolov, Olympic champion weightlifting coach and made the most of Bulgarian Ivan Abadjiev Rods!

I suppose in this issue you are trying to ask me about chemistry. To have a good recovery, to make enormous training of course is not achievable without chemistry. Otherwise, there is no tie physically and mentally, but with proper dosage (correct level of physical and mental strength – the dose makes the poison, remember that). But the greater truth is training.

I remember that Abadjiev wanted to practice at least three times. Abadjiev system really makes champions. The bad thing is that Bulgaria does not appreciate good!

Where do you see your future as you have already achieved so much?

– In Bulgaria, at least for now I do not see a future. I would not compete, I have declined and so have many of my friends. Why you ha ha per kilogram protein and creatine kilo for first place, not much.

Professional sport is sport for money-occupation, not a sport for health, the difference is very great. You strip yourself of clubs, favorite foods, family, all day, even at night and eventually work for one boy, yourself!

After finishing to compete I began work as an individual fitness instructor. Among my clients there has been very well known people in Bulgaria and VIP personalities. Currently I am working again as an individual fitness instructor, I write articles on fitness and nutrition for a male magazine, and worked as a consultant! It is a matter of some time, however, when I leave Bulgaria for ever. Because this country is stepmother to good people, never satisfied!